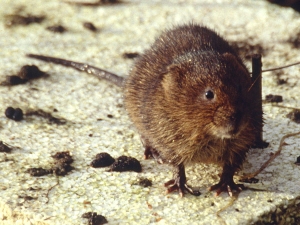 The water vole received an increased level of protection on the 6th April 2008, resulting in water voles becoming fully covered by the provisions of section 9 of the Wildlife and Countryside Act (1981) (as amended). As a result not only are their burrows protected but now it is illegal to kill, injure or take water voles; damage, destroy or obstruct access to a structure or place used for shelter or protection.  Water voles are found throughout the UK and are associated with wetland habitats including rivers and waterways, ditches, ponds, lakes and reedbeds.  Where water voles may be affected, the statutory authorities require surveys to be undertaken and, if necessary, a Mitigation Scheme to be submitted before development can be permitted.  Water voles are frequently encountered on development projects and our practice has substantial experience in devising and implementing mitigation programmes for these species.  We can provide the following services in-house: